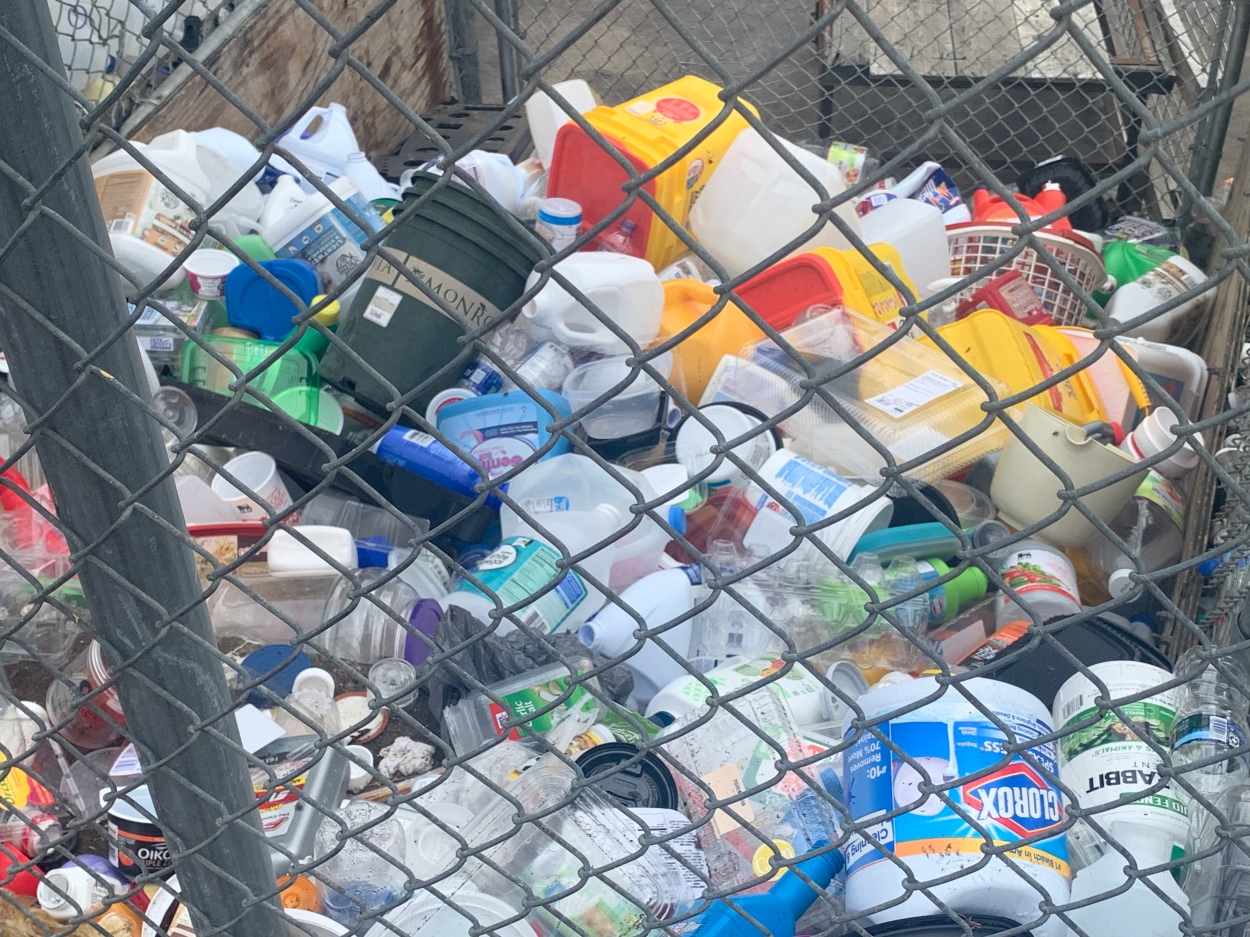 As a concept and in best practice, recycling is a wonderful idea. It finds ways to recover material that would otherwise occupy landfill space and uses it to create new products and materials. Some of these materials, theoretically, are infinitely recyclable as the chemical structure does not deteriorate and so could virtually eliminate the need for brand new products to be manufactured (e.g. glass bottles). Recycling’s promise has always been a relatively easy way for individuals to feel like they’re ‘doing their part’ to address the real environmental problems brought about by mass consumption. In practice, however, recycling is a far more complicated issue that encompasses economics, science, sociology and politics. In the early days, we were taught to “Reduce. Reuse. Recycle.”, but that last part has always been the most difficult because it depends largely upon systemic action to provide the infrastructure necessary for such a program to function. As time passed, technology and practices improved which ushered in a major change in the process, a change that made recycling more attractive to consumers but also set the entire concept on a path of self-destruction.

Early on, recycling was a chore. Most communities did not have curbside collection, so people would have to load up their own cars with sticky soda cans, reams of newspaper and smelly beer bottles and drive them to the recycling center. More progressive cities and counties might have a few sites; most had one or even none. On top of the inconvenience associated with having to drop off one’s own recyclables, there were the rules that had to be followed. Everything had to be sorted. Newspapers went into the newspaper bin. Clear, brown and green glass all had their respective receptacles. Cardboard, although a paper product, had to be segregated from newspaper. Even aluminum had to be separated from its sister metal steel. All in all, the practice was time consuming and unappealing to the casual environmentalist. That changed with the expansion of curbside collection and, perhaps most importantly, the advent of commingled recycling. This meant the task of sorting would no longer fall upon the consumer but rather upon some other entity, whether a city sanitation worker or private contractor. This opened recycling to a much broader population as a single bin could serve as the family collection spot and no one had to worry about whether a soup can fit mixed in with the shampoo bottles.

Commingled recycling, along with the ever increasing volume of plastic entering the recycling stream, should have a boon for the planet, except that two things happened that have left recycling struggling at a moment when it’s more vital than ever. Recycling, like most every other aspect of modern existence, has always been subject to monetization and commoditization, and so is at the mercy of market forces that often have little to no interest in improving the planet. This meant that communities had to keep costs low and their private sector partners had to be able to make a profit. In an economy where the raw materials (e.g. petrochemicals) are low, the benefit of recycling used materials wanes as it is inherently more expensive to recycle than produce anew. This is particularly true when speaking about plastics. There are many variables in play when it comes to recycling plastic, and many have nothing to do with economics. The variety, quality and condition of the material often dictates whether a particular item can be recycled at all, let alone profitably. Additionally, in a global marketplace, there are other countries that can influence what and how much can be recycled. Until fairly recently, China was a major importer and processor of America’s recycled plastic. However, for a number of political and economic reasons, Beijing has dramatically limited the flow of material, effectively cutting off a major organ in the global recycling system.

The second reason recycling is in decline is because, in many ways, it became a victim of its own success. Once the onus of sorting and preparing items was removed, households got lazy and started using the recycling bin as a catch-all, an extension of the trash can. Any kind of plastic went into the bin, regardless of the number on the bottom. Plastic bread wrappers went in, as did Seran wrap and dirty plastic takeaway boxes. Half-full cans went in with unwashed pasta sauce jars and all the cardboard and paper crammed in got wet. What no one told us when “Reduce. Reuse. Recycle.” was being preached in every classroom was that wet paper is useless for recycling and plastic has chemical limitations that makes it finicky to process. We also weren’t informed until much later that pizza boxes can’t be recycled unless they’re free of stuck-on cheese and grease stains. So now we’re faced with the dilemma of a recycling industry and infrastructure that’s hampered by an over abundance of low-grade or contaminated material trapped in an unprofitable market. The benefits of recycling, sadly, are being lost in the piles of corporate reports and discarded water bottles.